The Power of Play

Marketing Officer, Kimberley, headed off to the AMA conference in Liverpool last month. Here, she gives her thoughts on the conference and The Power of Play

Okay, so when I first heard that this year’s AMA Conference was based around ‘The Power Of Play I was excited, and I’ll admit, a little apprehensive. I mean, were we all to go outside to play hopscotch or Rounders (cue memories of being picked last at school, agh!) I just had no idea what to expect.

I went along to the two-day conference in Liverpool with an open mind and a pair of trainers in my bag (just in case) But, ten minutes into the keynote speech, I knew that this was going to be something special. Insightful speeches followed from speakers including Deborah Williams, CEO, The Creative Diversity Network and Megan Williams, Director of the New Zealand Festival “Play is all about action, fun and invention” and I was left feeling focused on play and what it meant to me.

The sessions that followed all demonstrated in their own way that play is about creativity and the importance of taking the time to see what is going on beyond our own workload. Yes, deadlines are important and (sadly) won’t go away, but we can still make the time to get to know colleagues a little better by having a lunch together one day a week, Friday night drinks (yay!) or just a cup of tea together, if that’s more your thing.

Being playful doesn’t mean being silly at work or not being productive, in fact it means the opposite. Playfulness encourages creativity, allows us to communicate better and enables us to have the freedom to try new things.

Let go of any fears about trying new things and lets all get serious about play! 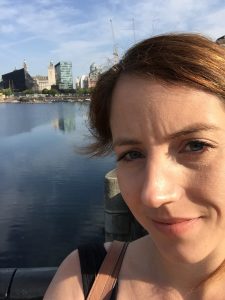 We all need stories. In a variety of forms. Spoken, read, shared. Especially shared.

For me, working as an actor, writer and storyteller for primary school age children, one of the great delights and privileges of my job is…

Work Experience: view for the week

When I first sat down to one of Theatre Hullabaloo’s plays, an opera for children, roughly 7 years ago I never expected I would be…