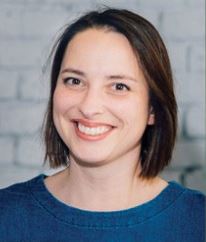 Laura Lindow is a Scottish Writer/Director who has proudly lived and worked in the North East of England for over 20 years.

As Writer:  The Snow Queen for Northern Stage; Woven Bones for Cap-a-Pie; HG Wells’ The War Of The Worlds & Up and Out Christmas Sprout for Northern Stage; new musical Beyond The End of the Road for November Club, (Journal Culture Awards’ Performance of The Year 2018); Stitched: A Hip Hopera (writer/director) for New Writing North.

Laura was a member of The Royal Court Writers’ Group North 2017/2018, and received Journal Culture Award for Writer Of The Year 2019.

She is Associate Director for Open Clasp Theatre Company, and regularly performs as Dr Lulu McDoo, Lead Clown Doctor for Tin Arts, working with hospitalised children and their families.