Director of Luna, Sarah Argent, tells us a little bit more about Luna...

Tell us a little bit about your role in Luna

Miranda Thain and I first worked together back in 2010 on an adaptation of Peter Harris and Deborah Allwright’s “The Night Pirates”. This featured a boy called Tom who was afraid of the dark and we felt that, amongst all the swash-buckling rough-tough-little-girl piratical adventures in that show, there was still more mileage in dramatising the story of a boy overcoming that fear.

Miranda came up with the wonderful concept of Luna and invited me to work with various actors, designers and a composer on developing it into a stage production. This involved: exploration of favourite childhood toys; researching children’s ideas about the moon including what it might be made of; playing with various lights and torches to see how we might create shadows and moonbeams; discovering the voice of the moon on the cello, etc. I then structured this into the story of the play and we found our original cast who helped develop this further in rehearsals. Tamara is our 4th Luna, Jack is our 3rd Billy, Emily is our 4th musician – and it’s been fascinating to work with them and to find new things in the script.

What is your favourite part of Luna?

Billy’s realisation that he can be friends with both Luna and Pig. The excitement of Luna’s arrival has caused him to forget about his old faithful friend, Pig. He feels guilty about this but then realises that it is possible for three to play together.

I visited Colwyn Bay Mountain Zoo in the summer when I was 7 – I fell in love with the gibbons. That Christmas, I unwrapped a parcel and out came a long-limbed gibbon y mum had lovingly made for me. He was taller than me and reminded me of Mowgli from Disney’s Jungle Book, so I christened him Mowgli and for a number of years he came everywhere with me. He’s now 46 years old and rather the worse for wear, but I still have him. He sits on the sofa in my study.

What message would you like the children to take away from coming to see Luna?

That meeting and befriending people from different cultures – learning what they eat, what games they play, their language, their take on the world (as Luna and Billy … and Pig … do) enriches our lives.

What was your first theatre experience as  a child?

My dad was a theatre director and teacher at various drama schools, so my first theatre experiences were sitting in on his rehearsals and then, when I was almost 4, playing a little boy in one of his plays “The Caucasian Chalk Circle” – I wore a raggedy blue suit and was given a piece of cake to eat in one scene. I also spent the time when I wasn’t onstage during the first performance jumping up and down in a hamper of clothes – I didn’t realise that my head kept appearing in a window and the audience could see me! 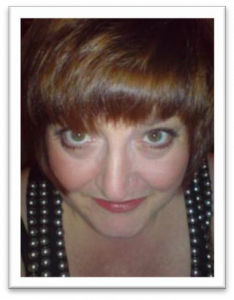 Tell us a little bit about the character you play Billy is 4 years old and his best friend is Pig. He likes to plays…

Tell us a little bit about the character you play I play a character called Luna. She lives on the moon. She loves exploring, dancing…

Tell us a bit about the character you play I play all the music in Luna that Luna and Billy sing along to! What is…

Tell us a little bit about the character you play I play the part of Pig, Billy’s best friend in the story. Pig is Billy’s…